A newly designed ACO chip may hold the key to a revolutionary way of controlling your synths. 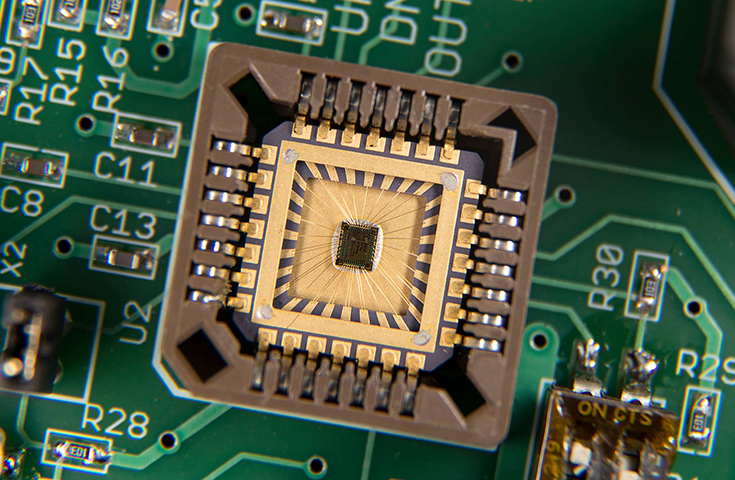 The world premiere of the “Audio Controlled Oscillator” (the ACO), designed to be the heart of an analog synth, may shake up common workflows in the music-making process and jumpstart a new kind of analog sequencing and synthesis method for everyone.

What if I told you that anyone can now grab their instrument, microphone or even a headphone jack from their smart phone and jam along directly with analog synths? What about sequencing analog modular synths using simple audio signals? You would probably check what year is it (and you should). It’s already happening. The first analog synth to use this chip was announced in late 2016. The ACO chip on which this technology is based was developed by solid state artist Brian Kaczynski, who specialized in designing mixed analog/digital integrated circuits. The ACO chip can track the fundamental frequency (aka pitch) of an incoming audio signal and play analog synth along with the source at extremely high and dynamic rates so latency is imperceptible. In fact, the ACO’s latency cannot be measured in milliseconds. You’ll have to steer off to single-digit microseconds to measure latency from this silicon marvel.

This ACO can also harmonize from the input audio on a musical scale. The result? It’s the quickest and smoothest “pitch-tracking and harmonization” effect you’ve ever heard. Only this is not a sound effect. It’s an actual synth.

It’s not common in history to have a dedicated chip fabricated for the purpose of music making but when it happens, it touches a whole generation. It happened with the Commodore 64 and Game Boy, but never for this purpose, with this ease of use and with such a natural, “organic” sound. Imagine a whole football-field-sized printed circuit board packed with electronic components. That’s about the scale of digital and analog wizardry that is crafted from scratch into this four square millimeter chip. Without the need for an operating system, DSP code or any software integration whatsoever, this chip has analog audio in and analog audio out. It also has a couple of control-voltage inputs for harmonization (discussed later) and pitch and gate CV outputs.

From now on we can sing to our synths and they can actually listen.

So it seems that for the first time, we don’t have to have a protocol in order to communicate with our synths. But how does this chip work? The ACO has an analog part with a tunable oscillator. It also has a digital engine that is in charge of analyzing the pitch frequency of the input audio and tuning the oscillator to track the pitch input faster than any human can perceive.

At the same time, it both generates CV outputs for further controlling other analog synths and synthesizes square and sawtooth waves of its own.

That makes the ACO chip “ready for action” without the need for many other electronic parts around it to start rocking synths directly with your voice or instrument (or DAW).

The revolution will come from the floor.

Designed to be powered by a standard 9V guitar pedal supply, Sonicsmith has released 2 products that harness the power of the ACO chips. These products connect the Chip Music world with a wider audience, from professional musicians/producers working in studio environments to live instrumentalists in genres from rock to classical music. They can be powered right alongside other guitar pedals from an internal battery or from a standard 9V supply. It’s the first time analog audio can get such direct communication to the analog synth CV in such a convenient way.

For live jams or for the studio

There is no telling about the magnitude of impact this new chip is going to have on the music world but it sure looks promising. This technology gives the instrumentalist total independent control without the need for any other unit to start jamming, and the 9V power requirement literally puts this synth in every pocket.

This product was introduced at NAMM in Anaheim, CA in January 2017. If any of this interests you, you should definitely check out our pages at:
https://www.facebook.com/sonicsmithsynths/
and
https://twitter.com/SonicsmithSynth 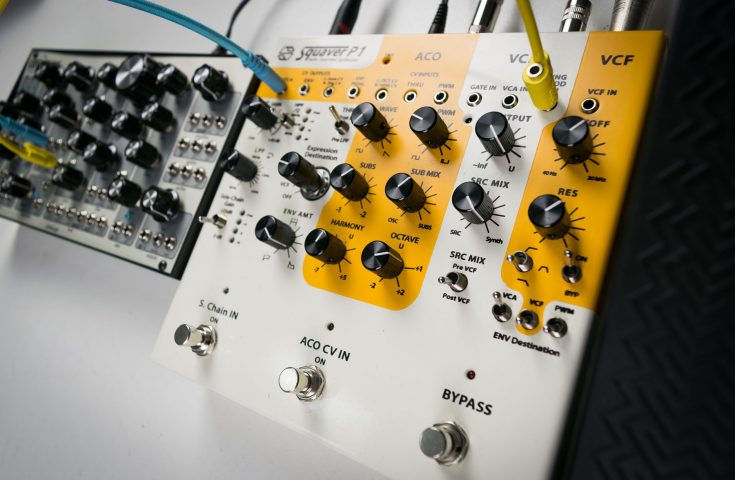 Audio Controlled synths can change one’s workflow from the bottom up. But can this really mean a shift in the way we sequence analog synths?